The Black Hills is a 4,500 square mile area located on the west–central side of South Dakota and eastern edge of Wyoming. The Sioux Indians called it Paha Sapa. Archaeological evidence indicates that the Black Hills were home to human inhabitants as far back as 4,000 years.

The first white men on record to have visited the area were the French-Canadian Verendye brothers, who, in 1742, were searching for the Sea of the West. The explorers were guided by Mandan Indians from the Missouri River area. During their travels, the brothers encountered members of the Kiowa, Crow and Cheyenne tribes scattered around the Black Hills.

In the early 1800s white men traveled near the Black Hills on their way to Oregon. Fur trappers passed through on their way to the Yellowstone area. In 1887 a sandstone slab was found near Spearfish with a crudely carved message from Ezra Kind documenting the demise of his small group of prospectors in 1833. Kind and seven of his mates were attacked by Indians after gathering all the gold their ponies could carry. There is no indication that Ezra made it out of the area alive.

In 1868 a treaty between the US and the Sioux called for the abandonment of military posts in the Indian territory and established all the land west of the Missouri River for use and occupation of the Sioux Nation. The government was then committed to preventing white men from encroaching in the territory.

The Custer Expedition of 1874 is attributed with the eventual withdrawal of the treaty and the opening of doors to the white man for exploration and colonization. Colonel George Armstrong Custer spent nearly two months exploring and recording the area around and within the Black Hills. It was during this trip that gold was discovered in French Creek in the southern Hills near the current town of Custer.

News of the spectacular find spread rapidly and demands were made for the government to open the Black Hills to white settlement. People became impatient for negotiations with the Sioux to commence and by the end of 1874, a party of white prospectors, known as the Gordon Party, illegally entered the Black Hills and built a stockade by French Creek, near Custer, SD. The US Army soon expelled the group, but the door had been opened and white settlers continued to flow into the area from every direction.

In an effort to determine the extent of gold and other precious ores in the region, the government sent a scientific expedition into the Hills in 1875. It found many illegal prospectors throughout the region. The government was urged to establish posts quickly before the best lands were taken by the constant stream of incoming settlers. It continued to verbally discourage further encroachment in the area, while at the same time it stopped physically expelling prospectors. By the end of 1875 it is estimated that approximately 4,000 non-Native Americans were unlawfully living in the Hills. 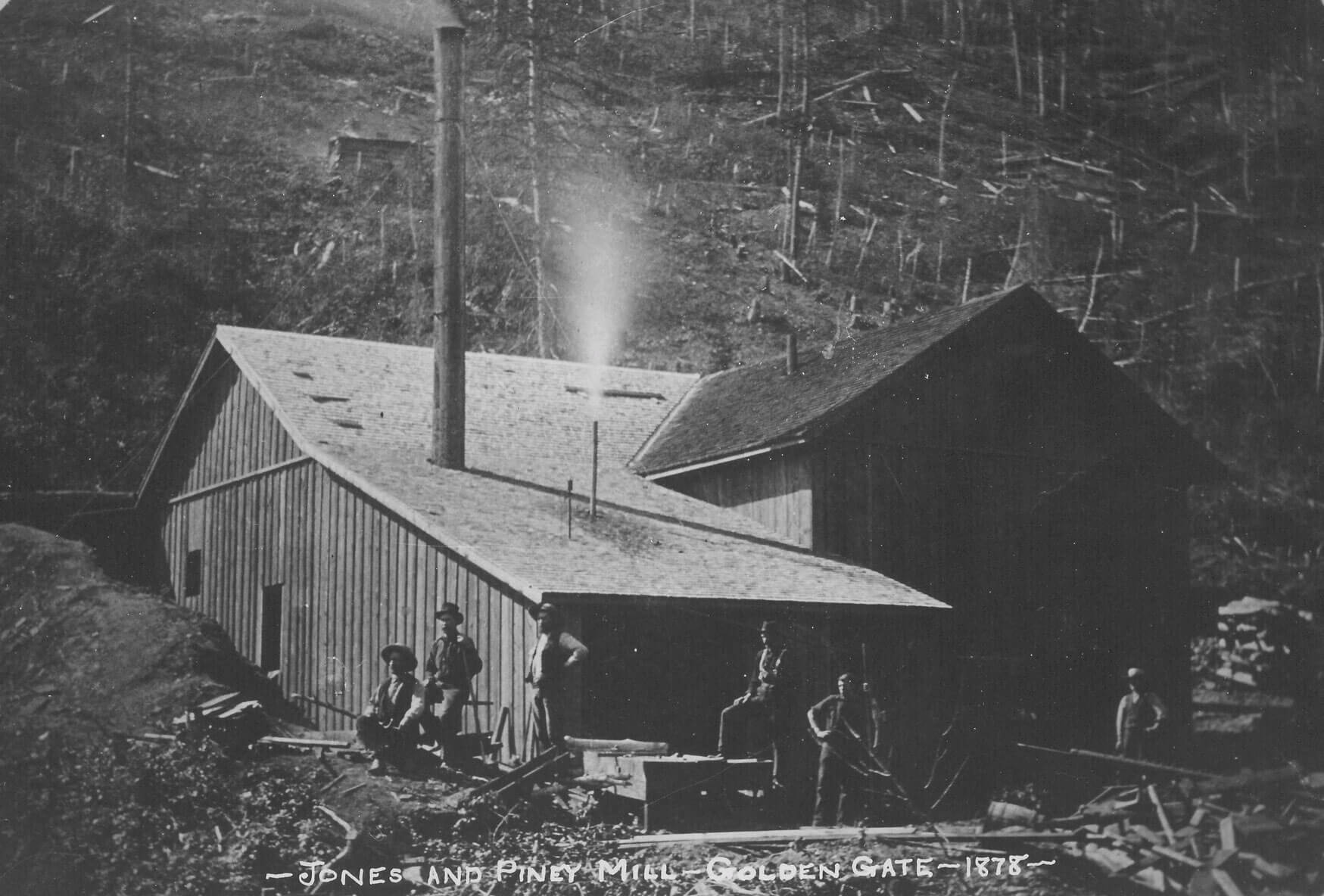 Initially, prospecting was centered in and around the French Creek area, near Custer, SD, where gold was initially discovered by Custer’s party. By late 1875 mining had spread north to Whitewood Creek near the current city Deadwood. Placer claims were staked throughout the area and experienced prospectors began looking for the original source of the gold – otherwise known as the Mother Lode.

On April 9,1876, Moses and Fred Manuel, Hank Harney and Alexander Engh located the Homestake claim (near the current town of Lead) – the richest source of gold in the area. In June, 1877 George Hearst purchased the Homestake Claim from the Manuel brothers for $70,000.

By 1880 the rich placer deposits were depleted and hard rock mining processes were established. The most profitable mining operations were located within a few square miles of the towns of Lead and Deadwood. Many mines were established during the early years of the boom, and many played out quickly. Most of them closed in the very early 1900’s due to the lack of high-grade ore and increasing costs. Only the Homestake Mine in Lead continued to operate almost continuously for 126 years. In 2002, it too ceased operations due to increased production costs.

The 100-stamp Father DeSmet Mill, ca. 1888. Through share purchases, J.B. Haggin and Lloyd Tevis gained controlling interest in the Father DeSmet Consolidated Gold Mining Comany by December 1880. The company was deeded to Homestake Mining Company in October 1901 at which time the mill was renamed the Mineral Point Mill. The mill was shut down in October 1918.

While mining has ceased to be the primary support of local economies in the area, it continues on a much smaller scale. In the spring and summer, it is not unusual to see panners working the rivers and creeks for small pieces of gold that have eroded from the hills. Some people have set up elaborate dredges and sluices on their own private property. One surviving gold mining company is nearing completion on the last significant effort to extract gold from the hills near Lead.

Today many of the towns and mining camps that sprung up around mines are nothing more than ghost towns. Others, such as Lead, Deadwood, Custer and Keystone continue to thrive by promoting the rich mining heritage of the area and providing visitors with activities reminiscent of the exciting mining era.